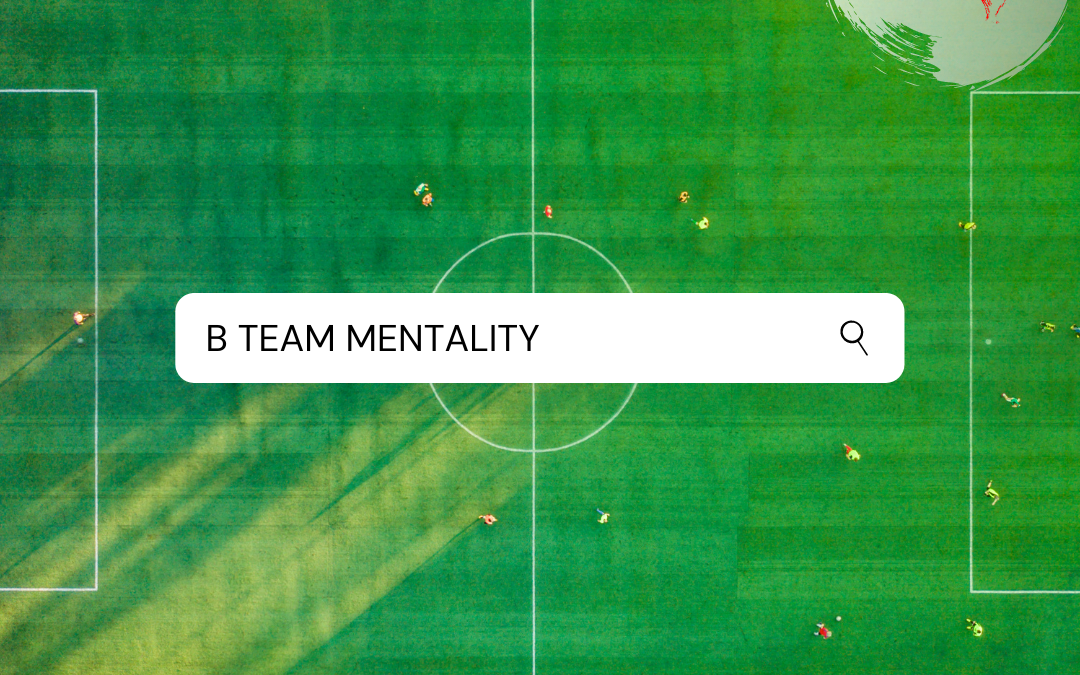 A couple months ago, Bubbs {my 10 year old son} tried out for the town competitive soccer team. Soccer is his thing. He loves it. He gages each day based off when he will play a game or practice. He especially loves being a part of a team with his friends.

The team this year was combining 2 age groups, so cuts had to be made. He was nervous, but went out and did his best. He was focused in try-outs. Showed up. Had fun. And left it all on the field.

He was up at 6am anxiously awaiting the team roster to be posted. Not gonna lie, I was just as anxious. I knew he had the skill set and attitude to make it, but in life, we know there are no guarantees.

A couple hours passed and I checked my email. Subject header: U12 Competitive Team.

We were all in the kitchen, so I casually opened it. And it was like a hard punch to the gut. Thank you for participating and I’m sorry to make this hard decision, but you didn’t make the team.

Like the hard life lesson of sometimes ya win, sometimes ya don’t. But I was determined to share this information with the message of “THIS DOESN’T MEAN YOU’RE NOT GOOD ENOUGH.”

But again, HOW do I make that message clear when he in fact, didn’t make the cut?!

I shared the news. He just held his head in his hands for a minute. Didn’t run away or cry hysterically, didn’t get overly angry. He just felt it.

The pain of not making the cut.

We ALL know what that feels like. We go through the list in our heads of all the reasons we aren’t good enough. But I wanted this to be different for him. I didn’t want him to think he wasn’t skilled enough, or too small. I wanted to reinforce that greatness isn’t something that can defined by someone else.

Greatness is an inside job.

A moment like that, not making a team as a kid, can have a lasting effect. I’m gonna call it the B TEAM MENTALITY.

I was so careful with the words I used with Bubbs because I knew how fragile that moment was for the rest of his life! I knew that because I had a similar moment as a kid and I 100% developed the B Team mentality. I’m finally working my way out of it as a grown adult!

We fail once, or don’t reach a desired goal, and we go into every new situation with this feeling: maybe I’m not good enough. And we do this as a form of SELF PROTECTION. We don’t want to feel that ache of disappointment again. We don’t want to get our hopes up. We don’t want to believe that we can actually do it. Because that’s so much harder than just settling for the failure.

It’s easier to go into something with a “meh” attitude because we feel like we will be ready for the blow, if and when it comes.

But when we do that, we aren’t actually living up to our full potential! We think it’s serving us, when it’s really just HOLDING US BACK!!!

I wanted him to really feel the pain of it, to know that it’s just as powerful as the joy and elation of success!! What a gift as parents to be able to give our kids a better perspective on failures, right?!

But the level of emotion with both is the SAME! All encompassing, consuming, life altering emotion. We can decide how we let it affect us!

We can also decide how much power we give to someone else’s opinion of our greatness. We show up our whole lives to things like sports teams, or colleges, or job interviews, waiting to embrace a new opportunity based on someone else’s judgment to allow us to begin.

We show up with our full selves seeking acceptance in this way. But do we ever stop to truly ACCEPT OURSELVES?!

I really believe that we remove the B Team mentality when we fully accept ourselves in spite of failures or missed opportunities. It’s in this level of self compassion and understanding that we continue to show up for what we want without the fear of disappointment. Instead we embrace the growth and the fun of TRYING!

I’m happy to say that Bubbs is still playing soccer, with some new buddies he hasn’t played with before. It’s giving him a new opportunity to learn, have fun and make even more friends. And he is just as excited for every practice and every game.

There will be plenty of more tryouts for him in his life, and moments of doubt and failure are a guarantee, but my hope for him is that no matter what he’s doing, it’s with an A Team mentality! Because that’s what he deserves. And SO DO YOU!

So if you have been too afraid to try something because you may fail, I encourage you to take a breath, take a chance and take a look at yourself. Accept yourself for ALL that you ARE today. Because you are incredible!